During a well-attended and very enjoyable evening at the Healey Museum in Vreeland, the 2022 NKHTGT champions were handed the spoils. Kennet Persson came all the way from Sweden to receive the GTP>2500 cup while Barbara and Brian Lambert, the champions in GTS11, had come over from the UK. A large contingent of German participants had also come to Vreeland. The CT07 trophy was awarded to Bert Mets, in CT08 the champion is Magnus Lillerskog from Sweden, CT10 was won by Bart-Jan Deenik, Mark Dols got to take home the GTP<2500 trophy, Jos Stevens is the winner in GTS10 and Roelant de Waard in GTS12. The GTS04 trophy will have to be sent to Australia, as it was won by Robert Ingram. Then there is the Michel Oprey Trophee, a very special prize awarded to the most consistent driver over the entire season. This year’s winner is Hemmo Vriend. Next it was time to honor the top three in the overall standings. In third place were Barbara and Brian Lambert, second was Jos Stevens, but there can only be one champion. The 2022 NKHTGT champion is Roelant de Waard. Besides a big trophy, he gets to look after the huge challenge cup for a year, a job he immediately outsourced to the man who prepares his Shelby Mustang, Joeri Monné. Our former chairmen Frans van Maarschalkerwaart and Frits Campagne were named honorary members, while outgoing board members Bert Mets and René de Vries were also put in the limelight. The 2022 season was discussed and looked back on (keep an eye on this page, you will find the long video here soon). And of course there were already longing looks ahead to 2023, thanks in part to the unique ambiance of the museum, where the spirit of Donald Healey can be felt. We thank our host, former NKHTGT driver Hans van de Kerkhof and his team for their hospitality! 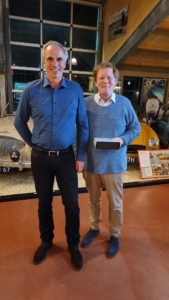 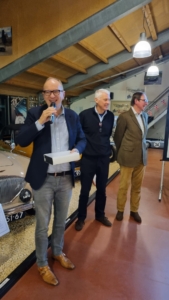 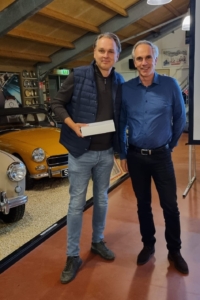 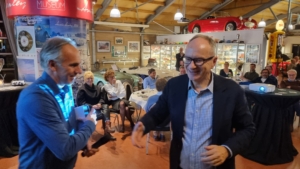 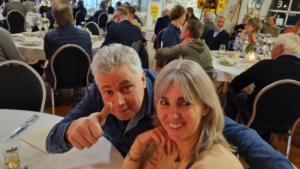 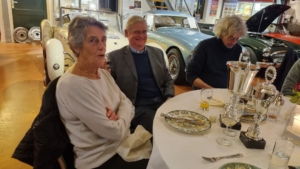 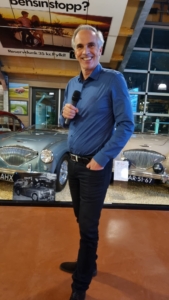 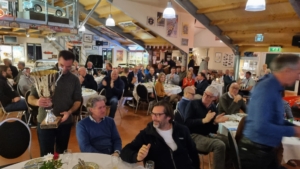 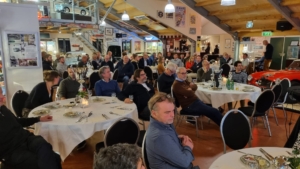 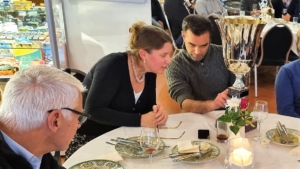 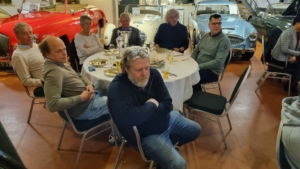 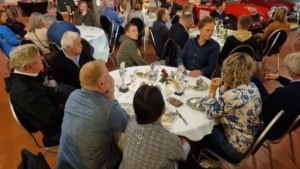 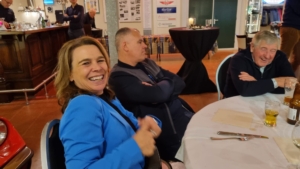 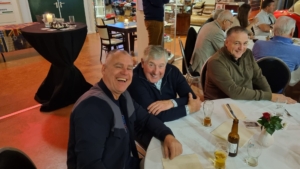 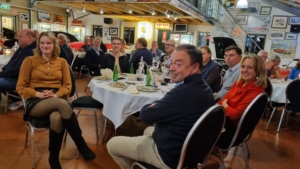