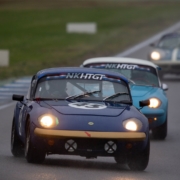 For the first time in two years we are keeping track of the championship standings. They are of little importance,  apart from the fact that the winner receives a big trophy that he (or she) has to hand in after a year, but they are fun! After 2 races first place in the standings is shared by Alexander Schlüchter and Bob Stevens. Third place is again occupied by 2 men, Bart Deenik and Henk van Gammeren. The complete standings can be found HERE. 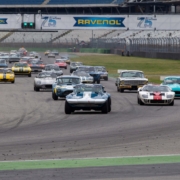 No less than 36 cars went out in qualifying on the brilliant Hockenheim track. We were extremely happy to welcome a large number of NKHTGT newcomers from all over Europe: Marc Morawietz and Ralf Wagner from Germany, Bengt-Åke Bengtsson from Sweden, Antoine Darley and Basile Gronfier from France, Christophe Germain from Switzerland and Steven Tonneman from the Netherlands.  Pole position on this power track went to Kennet Persson in the Ford GT40, with Rhea Sautter and Andy Newall just 0,3 seconds behind in the E-type. Michiel Campagne claimed third on the grid in the Corvette Grand Sport. Next up were the Cobras of Armand Adriaans and Oliver Douglas, while Norbert Gross was fastest of the touring cars in 6th. The first non V8 on the grid was Luc de Cock in 7th in his Lotus Elan, then Mark Dols in the Marcos 1800 and Alexander Schlüchter and Bob Stevens in more Lotus Elans.

As soon as the lights turned to green, Michiel Campagne took the lead of the race to hold onto it for the full 45 minutes. Polesitter Kennet Persson kept the Corvette Grand Sport in his sights, but had to retire his Ford GT40 at half distance. Cobra drivers Armand Adriaans and Oliver Douglas had a great scrap for second, Douglas eventually taking the place. Mark Dols took fourth in his GTP Marcos, although GTS10 winner Alexander Schlüchter came very close to passing him on the last lap in his Lotus Elan. Next up was a train of GTS12 cars, with Roelant de Waard in the Shelby Mustang finishing just ahead of Christoph Germain and Rhea Sautter in their E-types. More Lotus  Elans followed, Bob Stevens taking second in GTS10 from his Father Jos, while Mats Ek beat Bengt Åke Bengtsson to come home first of the Swedes. In GTS11 there was a lot going on. Runaway leader Niek van Gils retired with gearbox trouble, while Theo van Gammeren and Frank Veenstra had a pas de deux, which necessitated a pit visit. Thus Basile Gronfier and Barbara Lambert came through to take first and second in class in their MGB’s. The touring car class was won by Henk van Gammeren (Ford Falcon), 3 seconds ahead of Bart-Jan Deenik in another Falcon. Ralf Wagner was the third touring car home in his Lotus Cortina, with Bert Mets (Cooper s) and Magnus Lillerskog (Lotus Cortina) next.

Sunday dawned wet and miserable at Hockenheim. Things had not improved when the NKHTGT field lined up for the 10:20 start, so it was rear lights on and an extra formation lap. Andy Newall immediately took the initiative in the Jaguar E-type and used his exceptional car control to build up an enormous lead. Michiel Campagne did well to hang on to second in the big Corvette Grand Sport, until Roeland de Waard found a way past, displaying some very tidy driving in the GT350 Mustang. The battle for fourth was highly entertaining with Oliver Douglas (Cobra Daytona), Norbert Gross (Ford Falcon), Mark Dols (Marcos 1800) and the Lotus Elans of Bob Stevens and Alexander Schlüchter. The nimble cars had an advantage over the V8’s and it was Bob Stevens who took fourth at the flag, as Schlüchter and Dols lost time with a couple of off-track excursions. Thijs van Gammeren drove an impressive race from the last row to sixth overall and a win GTS11 in the Porsche 911. Brian Lambert and Frank Veenstra took second and third in class in their MGB’s. Bengt-Åke Bengtsson was best of the Swedes this time, beating Jos Stevens to take third in GTS10. Bart-Jan Deenik was the first touring car driver home in his Ford Falcon, from Henk van Gammeren, with Bert Mets in his Mini third overall and first in CT07. Ralf Wagner drove spectacularly in his Lotus Cortina and survived an off-track excursion to win CT08 from Magnus Lillerskog.

You can read all the paddock gossip in our online magazine: https://www.nkhtgt.nl/wp-content/uploads/2022/04/NKHTGT-Hockenheim-2022-editie.pdf 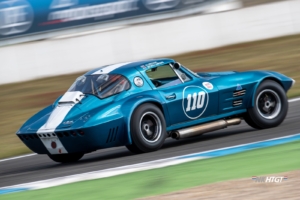 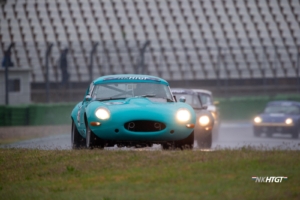 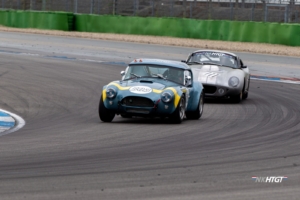 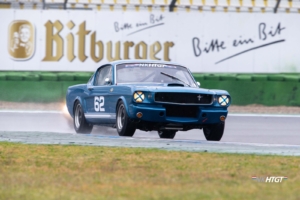