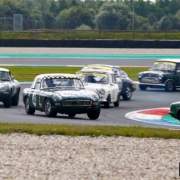 NKHTGT, the Dutch organized historic racing series for FIA touring cars and GT’s built between 1947 and 1965, has announced an exciting calendar for 2022. With a total of 11 races on 6 circuits in 5 different countries, it upholds its reputation for offering unrivalled variety and plenty of track time combined with very affordable entry fees. In 2022, NKHTGT will be an International Club Championship (subject to KNAF/FIA approval).

The programme kicks off in April with the “Preis der Stadt Stuttgart” at the Hockenheimring in Baden-Württemberg, Germany. Of course we race at the Zandvoort GP Circuit, this year we will be part of the Pentecost (“Pinksteren” in Dutch) Races. The we are off to that all-time favourite, Spa-Francorchamps for the Spa Summer Classic. In August, we are invited back to the Assen TT-circuit for the 2022 Jack’s Racing Days.

Every year we try to venture to an unknown track, and for 2022 we are excited to announce that for the first time in its 26-year history, NKHTGT will travel to Sweden. At the end of August we go to a completely new circuit for NKHTGT, which nobody knows yet except our Swedish drivers, the Scandinavian Raceway at Anderstorp! Anderstorp played host to the Swedish Formula 1 Grand prix from 1973 – 1978. This 4,03 km track with 8 corners  has not changed much since then. 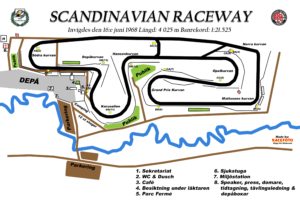 We close the season at our much loved autumn destination, the Circuit Dijon-Prenois. This year we will participate in the 300 km race ( = 2 hours) on Saturday, with a season ending 30 minute sprint race on the Sunday.

The 2022 package deal for the entire NKHTGT season costs € 3,950 and single entries are € 845 per event. Please note: a maximum of 45 package deals will be sold. An international licence D1 or higher is required. For more information and/or to register, go to this page: Race with us.

NKHTGT was established in 1996 as the Dutch Championship for Historic Touring Cars and GT’s. Nowadays it has evolved into an international series of races, catering for touring cars and GT’s built between 1947 and 1965. All competing cars are prepared according to FIA Appendix K and run on Dunlop Racing tyres. This attracts large starting fields and makes for exciting races with historically correct cars. 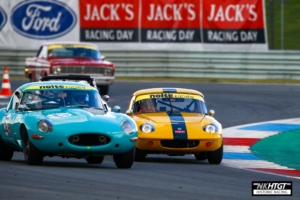