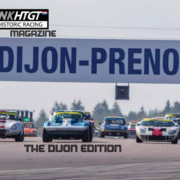 You can read the latest paddock gossip in NKHGTGT magazine – the Dijon edition. Download your copy here: NKHTGT magazine Prenois final version b 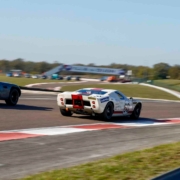 Over 30 drivers enjoyed the sunshine and the beautiful Dijon-Prenois track as the NKHTGT powered by Nolte Küchen ended the 2021 season in the French Bourgogne region. We were especially pleased to welcome a large Swedish delegation who had made the long trek South.

Local hero José Beltramelli took the spoils in the first race. With his TVR Griffith he passed Michiel Campagne on lap 4 and led the Corvette Grand Sport for 22 laps to win the 40 minute race by just 3,4 seconds. Niek van Gils (TVR Griffith) claimed the final podium spot  Fourth overall and winner of the touring car class after an impressive sideways yet quick drive was Philippe Vermast in the first of the Falcons.

Next up was the first non-V8 home, Mark Dols in the Volvo-powered Marcos. Bob Stevens was the winner in GTS10 ahead of his father Jos and Mats Ek from Sweden, all in Lotus Elans. Erwin van Lieshout (Porsche 911) was first past the post in GTS11, with Dennis Bron (MGA twin cam second), while Rob Rappange won the Mini class from René de Vries, both Cooper S mounted.

Swedish former F3 racer Kennet Persson retired his Ford GT40 on the first lap of race 1, but bounced back on Sunday. Starting from the back he passed the entire field including second placed man Michiel Campagne. Niek van Gils in the TVR Griffith initially held third but a determined drive by Mark Dols, aftwer an egine change on his  Marcos, was rewarded with the final podium spot. Bob Stevens in his GTS10 Lotus Elan stole fifth from touring car winner Philippe Vermast in the Ford Falcon on the final lap. GTS11 was a Porsche affair, Erwin van Lieshout taking another win with Theo van Gammeren in second. Tijmen de Vries won the Cooper S class ahead of Bert Mets and Magnus Lillerskog took the CT08 trophy for Sweden in his Lotus Cortina.

Full results can be found HERE but please note names of nr. 45 and 46 drivers have been mixed up, the above top-10 results are correct! 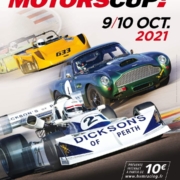 What a great entry list we have for our last race weekend in Dijon! We are very happy that our Swedish friends can finally join us. It is going to be a great weekend. All info can be found on the participants page: https://www.nkhtgt.nl/en/competitors-information/.  Live timing and results will be available at https://www.hvmracing.fr/saison-2021/dijon-motors-cup-2021/.