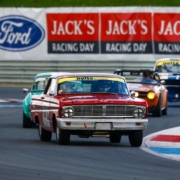 You can read the first issue here:

Belgian Lotus driver Luc de Cock bagged pole in Friday’s qualifying session at Jack’s Racing Day. An il trial followed by heavy rain meant that qualifying only lasted three minutes. Those who were up to speed immediately were lucky, the rest could forget about setting a meaningful time.

Michiel Campagne had to start in sixteenth place and used the abundant horsepower of the Corvette Grand Sport to take the lead within a few laps. Martin Bijleveld steered his Ford Falcon to a strong second place after a rocket start. Rhea Sautter held off two Triumphs and took the final podium spot with her Jaguar E-type. Luc de Cock was fourth in the Lotus Elan. Behind them came a train of Ford V8s led by Frans van Maarschalkerwaart (Shelby) followed by Cees Lubbers (Falcon) and Mustang pilots Armand Adriaans and Roel Korsten. In GTS11, Erwin van Lieshout (Porsche 911) was well ahead initiallly. He didn’t make it to the finish however and the win went to Niek van Gils (MGA), who had outsmarted Theo van Gammeren (Porsche 911) halfway through the race. René De Vries was on course to win CT07, until he made contact with the E-type of Ed van Dijk. Bert Mets (Cooper S) took advantage and won the class.

On Sunday, Campagne made it 2 out of 2. The Corvette Grand Sport took an immediate lead at the start. Andy Newall in the Jaguar E-type was very determined in his pursuit and even managed to pass Campagne a few times, but a big cloud of smoke from the engine room of the Jaguar meant the end of his race. Jaap van der Ende initially occupied third place in the Ford Falcon, next he was promoted to p. 2, but then he had an increasingly hard time with the track limits. He had to let Thijs van Gammeren (Ford Falcon) and Luc de Cock (Lotus Elan) pass. On the last lap the Belgian Lotus driver managed to find a way past the the wide blue Falcon and took second overall. Fifth overall and first in GTS12 was Frans van Maarschalkerwaart in the Shelby GT350, chased across the line by Roel Korsten (Ford Mustang) and Jac Meeuwissen (Austin-Healey 3000). In GTS11 Niek van Gils was too fast for everyone in his MGB, while Rob Rappange won the small touring car class in his Mini Cooper S. CT08 was won by Bert Du Toy van Hees in the Lotus Cortina.

Next race: Barcelona, September 3 and 4. 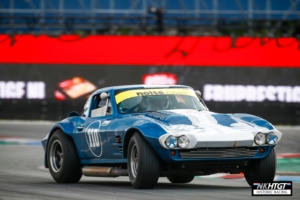 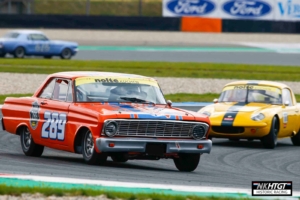 Roland Zoomers is recovering well from his mishap at Zolder. He sent us a personal letter, which we reproduce here. It is in Dutch of course. 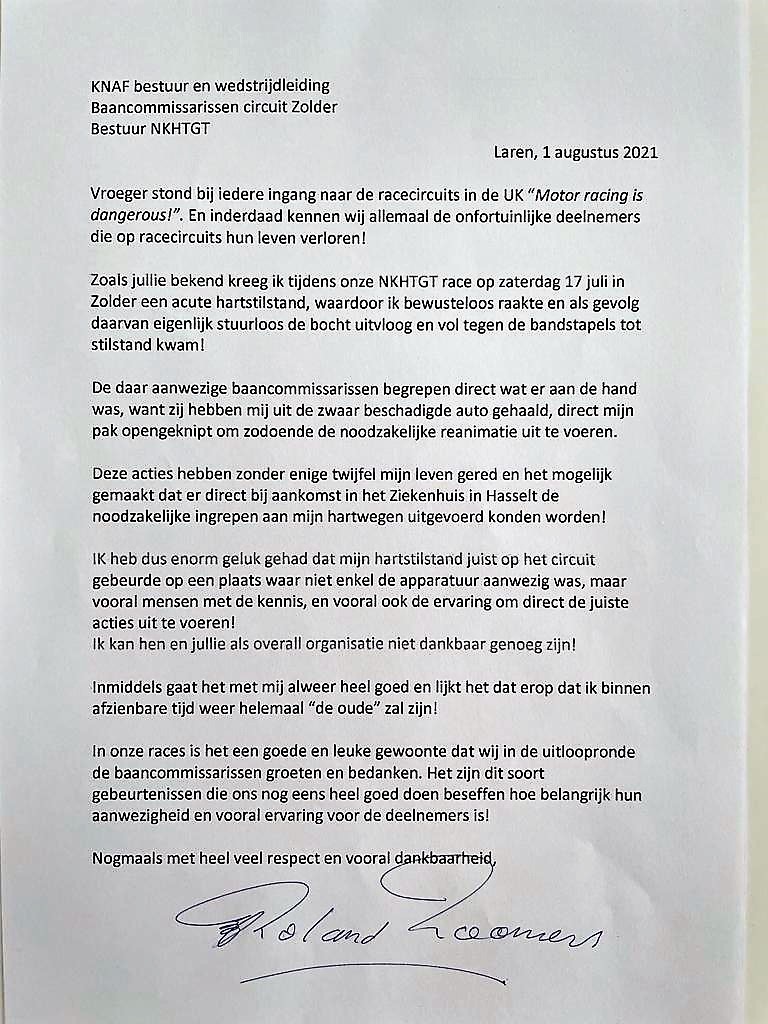