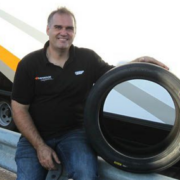 Racetyres BV, the supplier of racing tires for the Supercar Challenge and HP Tires, the supplier of Dunlop racing tyres, have entered into a partnership. From now on you can order your tires directly from Racetyres. Racetyres has all common sizes in stock and can deliver quickly. The tires can be settled in euros and no customs formalities are required.

Racetyres will also provide service on the track. This season the Racetyres men, led by Jan Paul van Dongen, will be present at the Zolder circuit at the event Supercar Madness and Jacky’s Racing Day, the new name of the event that we know as the Gamma Racing Days. You can have your tires fitted on the track or collected for free. Thanks to his years of experience, Jan Paul can also advise you on all band related matters, so have a chat at Zolder and take advantage of it!

The price list in euros can be found here: L-section, M-section. For orders you can contact Jan Paul by mail info@racetyres.nl or telephone +31(0)655503961.

Racetyres B.V. asks the drivers and teams to pass on the order in time so that the stock remains up to the mark. The order time for a race weekend is 8 working days because the Racetyres men are already on their way to the circuit on the Thursday before a race weekend.

Due to this collaboration and the absence of Masters Historic Racing and HP Tires at the HGP, the previous arrangement has been cancelled.

Warehouse I Racetyres B.V. I Einsteinstraat 5, 2041 CS Zandvoort I Netherlands 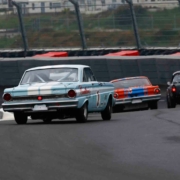 The first weekend of the 2021 NK HTGT powered by Nolte Küchen on the Zandvoort GP track provided plenty of excitement.

Niek van Gils was the fastest qualifier in his TVR Griffith, posting a 2:02,0 laptime. Roelant de Waard (Shelby 350) was just 0.4 of a second slower. Jos Stevens (Lotus Elan) was third fastest, in marked contrast to his son Bob who did not complete a single lap due to brake problems. Duncan Huisman was fastest of the touring cars in Cees Lubbers’ Ford Falcon, just 0,4 of a second ahead of Carlo Hamilton. 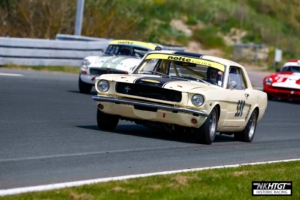 The first race was very close. It took a while to get properly underway though, as young Bob Stevens’ Lotus Elan had yet more problems. With brakes locked solid he ended up stranded on the track at the back of the circuit. That meant a long drive for the tow truck and thus a lengthy Safety Car period. A compulsory one minute pitstop between the 20th and 40th minute made keeping a lapchart interesting. After an hour of pedalling it was Niek van Gils who was just 4 seconds ahead of Roelant de Waard, with Jos Stevens in third another 4 seconds back. The touring car class was hotly contested. Initial leaders Huisman and Lubbers finished third. Carlo Hamilton came from the back to finish a strong second. Old hands Martin Bijleveld and Jaap van der Ende took the win in an all Ford Falcon podium. Jasper Izaks took the win in GTS11 sharing the MGB of Egbert Kolvoort and Rob Rappange won CT07 in his Mini Cooper. CT08 fell to the Lotus Cortina duo of Gerrit Jan van Leenen and Bert Du Toy van Hees. 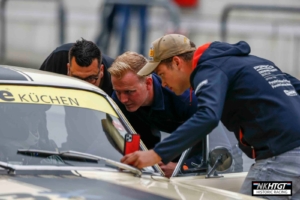 Race 2 started on a slightly damp track, but the racing line dried quickly as usual in Zandvoort. Jan van Elderen was quickest away in his E-type, hotly pursued by Roelant de Waard in the Shelby Mustang. Jaap van der Ende led the touring cars from Carlo Hamilton, both in Ford Falcons. Meanwhile Jasper Izaks (Cooper S) and Bob Stevens (Lotus Elan) were moving up through the field, having started from the last row. Cor Visser then got his Austin-Healey stuck in the sand at Tarzan, bringing out the Safety Car for a while. The end of the caution period just about coincided with the opening of the pit window. Bob Stevens was one of the first to stop and subsequently went on to record some very quick laptimes. When de Waard had made his pitstop, the little Lotus was ahead and stayed ahead, Bob Stevens scoring a dominant win. De Waard came home second and took first in GTS12, from Ed van Dijk (E-type) and Jac Meeuwissen (Healey 3000). In GTS11, winners Theo and Thijs van Gammeren were Porsche mounted. They finished just 5 seconds ahead of Egbert Kolvoort in his MGB, with Frank Veenstra (MGB) taking third. There was mayhem in the touring car class. First Hamilton dropped out with engine failure, then van der Ende pitted too early and was sent on his way by the team, only to receive a stop-and-go for pitlane speeding. After the pitstops Duncan Huisman was the man on the move, taking over the lead in Lubbers’ Falcon, but Bas Jansen was not far behind in his Mustang. He was so close in fact that he was gifted the win when Lubbers/Huisman received a 10 second penalty for a pitlane infringement. Bijleveld/van der Ende salvaged third in class. In CT07 Jasper Izaks was going great guns in Rappange’s spare car, soon catching up with the class leader. The two put on a great show until Izaks had to make a pitstop with smoke pouring from under the bonnet. Thus Rappange took another win, from the father/son duo De Vries and Bert Mets. Frank Romo won the Lotus Cortina battle in CT08 this time around, beating Van Leenen/Du Toy van Hees. 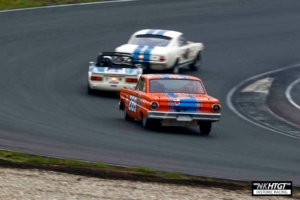